How can I control my temper around my kids?

With great shame, I write to ask for meditation guidance on controlling my temper when it comes to the kids pushing my buttons with whining. I usually flip when I’m tired and stressed with work. I end up shouting at the children, and of course regretting it. I apologize to them and explain what the whining does to my head and body—my chest tightens and I want to scream and run away. I once flipped when woken several times during the night because one child could not get back to sleep. It’s horrible for everyone when I turn into this nasty person. To be honest, being a parent, for which we get no training, has brought out the worst in me. I’m currently researching anger management classes or counseling in my local area. The children are seven­-and­-a-­half and almost six years old. It upsets me to think of the emotional damage I am causing them. I regularly remind them not to be like me, they can be different.

Thanks so much for sending in your question. And thank you for such refreshing honesty. This is an aspect of parenthood that few choose to speak about and yet which is incredibly common. The good news is that it confirms you are human. The people who are not affected in this way by this type of behavior from their children are very few and far between and, inevitably, the intensity of these feelings will always increase when we are already feeling tired and strung out from other areas of life. But of course, there is the ability to change this pattern of behavior—however far­fetched that idea may sound right now—and it all begins with meditation. One the key principles of mindfulness is this idea that "it is not the thing, but rather the way we relate to the thing." In this context, we are obviously saying that it is not necessarily the children in that moment (not to negate their behavior), but rather the way we feel. And at one level we know this. I am quite sure that there are some days when you feel in top form and all that stuff goes right over your head. You notice it, it's not necessarily all that pleasant, but at the same time, it does not drive you mad. In contrast, there will be other days, as you mention, when it feels so intense that you just want to scream. But if we say that the children's behavior is pretty much the same on both occasions, the only other variable is our own mind.

And this is good news. Because we can train the mind. When we meditate we are training the mind to be less reactive and more responsive. When we are just starting out with meditation, we tend to react to everything in the mind, getting caught up in all the thoughts. But over time, we become progressively less caught up in them, seeing them more clearly, and feeling as though we can choose when to engage and when to let go. In this way we move from a reactive mindset to a responsive mindset. It is slow and gradual, but in time it begins to permeate our everyday life, meaning that we respond to situations in life in just the same way. More than that, though, meditation reminds us that our experience of self is very often based on nothing but fleeting thoughts and emotions. So we may well think of ourselves as "nasty" or "unpleasant" or feel guilty if we've reacted in a way which later feels unwholesome. But this is not who we are. Our thoughts and feelings do not define us. So for what it's worth, even if your mind has succumbed to strong habitual patterns (as does every mind), recognize that as the past, let it go and focus on being present now, with the conscious intention to become more familiar with this habit in the future. Most of all, though, be kind to yourself in the meantime. Being a parent is hard; it is understandable that we sometimes react. The important thing is that our intention is to do the very best for our children and to make sure that they know that. 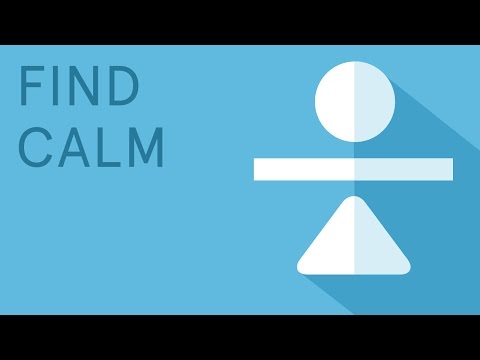