How to be slightly less of a jerk

There’s no question that mindfulness meditation can be good for you. It boosts your memory capabilities, reduces rumination, eases anxiety and stress, increases your ability to focus, and gives you better control over your emotions. This, of course, leads to fringe benefits such as increased satisfaction with relationships and a generally happier life.

Being more present in your day-to-day life is almost certain to make you feel better, but could it also make you a better person? Research surrounding mindfulness practices and compassion seem to say yes. In a study published in Psychological Science, a group of participants who had never practiced mindfulness meditation was put to the kindness test. Half were enlisted in an 8-week mindfulness meditation course, and the other half were placed on a waitlist for the class. At the end of the eight weeks, they were brought into the lab where the real experiment awaited. In the waiting room there were three seats, two already taken by actors. The participant would take the last available seat before a third actor, using crutches and visibly struggling, entered the room. The actors already seated were to remain uninterested in the pain of the “suffering” actor to see if the participant would follow their lead or choose to respond compassionately. The group study showed mindfulness participants were five times more likely to act compassionately to someone in need than their non-meditating counterparts.

It appeared that even a couple months of practicing mindfulness had produced people who were a bit kinder than they may have been before. Even with the increased social pressure to ignore the situation (by the other actors placed in the room), those in the meditating group seemed to have a better grasp on their moral compass. A very similar study had the same type of finding, with the mindfulness group twice as likely to act compassionately to a person who appeared to be suffering. It seems this type of kindness doesn’t come naturally, it’s something that must be cultivated. Even though we want to be remembered as good and loving individual, acting consistently kind is easier said than done. It involves a level of control over our instinctively selfish impulses—a benefit that mindfulness seems to provide. A mindfulness curriculum study with preschoolers who were given 20-30 minute mindfulness-based lessons over the course of 12 weeks showed a great improvement in self-regulatory skills—a true feat for a pre-K crowd. Beyond self-regulation, the mindfulness group was also more likely to share than be selfish and showed more prosocial skills overall. When we have greater mastery over our own emotions and impulses, it becomes much easier to practice being a kinder person in your everyday life. The increased awareness that mindfulness encourages doesn’t simply begin and end with you; it has the power to spill out into the world and create a more positive environment whether you realize it or not. 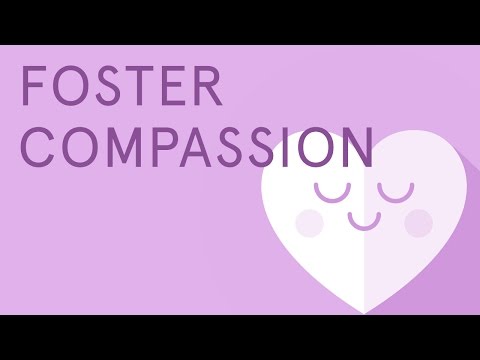